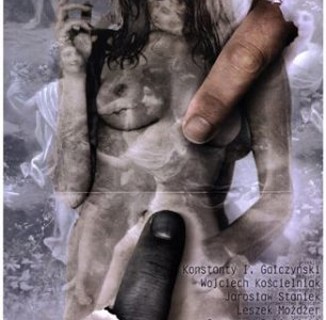 The makers of Music Theatre’s smash hit – “Hair the musical”, have created an absolutely original musical spectacle, entirely European in spirit. William Shakespeare’s “A Midsummer Night’s Dream”, translated by Konstanty I. Gałczyński, turned out to be a perfect libretto for this purpose – rhythmical in structure, light and easy in reception, but artistically refined at the same time. It talks about love in its many shapes and forms.

Almost every part of the text is sung. It shows the amount of work done on the original score composed by Leszek Możdżer: one of the most talented instrumentalists of his generation. It changed my life completely – says the pianist – Everything is 100% subjected to this act. The music in the show combines the sum of Możdżer’s experience: jazz and rock themes mingle with elements of ethno folk and club music, the repeating lines of accompaniment put the viewer in a trance-like state.

The show’s creators prefer to call it a “trance opera” rather than a musical. We avoid the connotation of a musical, because we want to say something important and the musical is usually associated with a trivial plot – says the director Wojciech Kościelniak – We want to recall rock opera like Jesus Christ Superstar and use contemporary trends in music.

Justyna Steczkowska, the star of the Polish pop scene and, since recently, a promising actress, will feature in a special double part. It seems like “A Midsummer Night’s Dream” is going to be a breakthrough event in the Polish musical world. There is a plan to release an album with Leszek Możdżer’s music and to organize a trance opera tour in Poland.

(…) Wojciech Kościelniak has created a show about the dark side of the human soul, about initiation and growing up for love. Trójmiasto waited a year for this show. The world premiere of Williams Shakespeare’s “A Midsummer Night’s Dream” trance opera, with the music of Gdańsk native Leszek Możdżer’s, took place on Saturday in the Music Theatre in Gdynia. The show’s creators, responsible for the success of the cult classic “Hair”, are the Gdańsk composer, the director Wojciech Kościelniak and the choreographer Jarosław Staniek.

In the Music Theatre we see a four hour long story about growing up and the adolescent rite of passage, to which four young Athenians are being subjected.

Wojciech Kościelniak referred to Jan Kott’s interpretation of “A Midsummer Night’s Dream”. Kott was the worldwide expert on Shakespeare’s work. The theatrologist considered this a play about the ghost world, a piece talking about the dark cosmos of the human soul. It was Shakespeare in the freudian interpretation, focused on the “dark zone of the animal erotic”. So the director gave the parts from the Athenes Court (Theseus, Hippolyta, Philostrate) and the ghosts from the enchanted forest (Titania, Oberon, Puck) to the same actors. Justyna Steczkowska’s Titania is the dark side of her Hippolyta, Cezary Studniak’s Theseus is the alter ego of Oberon and the master of ceremony Puck is the otherworldly counterpart of Philostrate.

The Gdynia show will be also memorable thanks to the longest love scene in the history of Polish theatre (dozens of minutes!) played on a hanging bed by Titania (JustynaSteczkowska) and Bottom (Larru Okey Ugwu).

The universal message of the play was stressed by the “multi-ethnic” cast. Next to the Nigerian Ugwu starred Outman Elhaouat from Morocco, Robert Henninh from Libya, Amgalanbat Bat-Erdene from Mongolia, Oscar Mienandi from Congo and Rom Fabian Mirga.