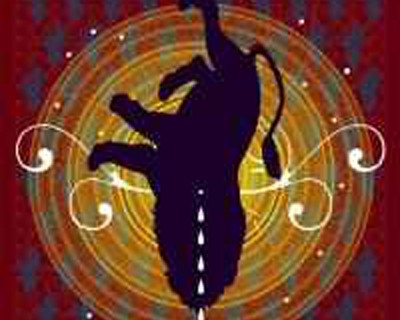 The Lion in Winter

James Goldman’s “The Lion in Winter” premiere, directed by Grzegorz Jarzyna, will take place on November 17th on the big stage of the Burgtheater in Vienna. The spectacle is a co-production with the TR Warsaw and its actors – Katarzyna Warnke and Tomasz Tyndyk are going to star together with those from the Burgtheater.

Henry has created an empire but he slowly looses strength. His sons, thrilled with the prospect of power, are dreaming of the end of their father’s rule. Who has more right to take over the empire? The youngest, his father’s favourite – John, wise, benefit-seeking Geoffrey or Richard – the oldest and most experienced? While they’re fighting amongs teach other, the old lion Henry plays his game with them. Full of energy and with an appetite for life, he has more and more doubt about whether to hand over what’s his at all. Does he really have to quit his young lover Alais, who is going to marry the heir, according to her ambitious brother’s wish? Finally he has to take note other fact that the sons aren’t his most difficult opponents, his own wife is. In spite of the humiliations on Henry’s behalf she rules the family with steadfast pride and she pulls all the strings from the background. She is enviously scheming to make the game more difficult for her husband and to claim his love back. For the last time she declares war on the Lion.

Grzegorz Jarzyna turns the medieval material, based on the English King Henry II, into a contemporary story. The fight is not about provinces and counties, but about new markets for a global financial empire, belonging to a family dynasty. The scheming stays unchanged. Disappointment, passion and hunger for power sharpen the blades as usual – the mechanisms behind fights for love, power and success haven’t changed through centuries.

Grzegorz Jarzyna on the show:

‘The Lion in Winter”, the play by James Goldman, written in the 60’s, is a Shakespearian style production. The duel between King Henry II and his wife, to which every aspect of their lives is submitted. By fighting for power, they’re fighting for their love. These intrigues, treasons and crimes are about arousing the partner, seeing if they still care. Seven characters, seven main roles. Instead of the French-English theme there will be a contemporary one, Polish-German.

I’m not directly interested in politics. In the theatre I simply deal with the man. In this case I’m interested in the way human life – a one-time gift – relates to what is going on in society and politics. The characters from “The Lion in Winter” sacrifice everything for power. Love doesn’t match their life, their image.

(…) The show starts with a piano improvisation by Leszek Możdżer. The pianist sits in the blue light of the elegant hotel lobby and begins to play Chopin themes, entwining them with a net of his own improvisations.

The improvisation thickens, becomes an independent, complex theme, which flows in its own sovereign current. And suddenly, another Chopin theme, even more famous than the previous one, emerges from this cascade of sound…If I were a music reviewer, I would write that these piano improvisations were cover versions of Chopin`s “greatest hits”. It`s actually as if Możdżer translated “The Lion in Winter” to a non-verbal language, as if this richly coloured improvisation matter contains Chopin`s melody like the Goldman`s story contains frequent and various quotations from the ancient mythology, the Holy Bible and Shakespeare. Goldman is a “covered” Shakespeare.

This long, lasting a couple of minutes, jazz pianist`s show on an empty stage is not a comment on what`s about to be shown, but, actually, a non-verbal summary. A very complex and almost omnipresent electronic music serves as a comment and even more as a specific catalyst that propels the actors` and, indirectly, the audience`s emotions. (…)

For years cinema has been an inspiration to the boss Teatr Rozmaitości Warszawa. “The Lion in Winter” is the highlight of his research. The original play is about Henry II, the English king from the XII century, who rules the country and his family by manipulating his wife, three sons and a young lover. All shades of love and sex – even incest, pedophilia, homosexuality – laced with cruelty.(…)

Jarzyna has arranged the play in a modern surrounding; instead of dynastic clashes, he shows contemporary sharks of the world of finance, competing for shares of international companies. Magdalena Maciejewska has changed the medieval courtyard into an exclusive horseshoe-shaped apartment house equipped with a private gym and a bar. The stage looks like a glass cage, where the predatory businessman (Wolfgang Michael) tortures his victims and shakes his mane like a lion while preparing for another attack. But it’s also a science lab, in which Jarzyna shows us a Basic Instinct-like thriller. The characters know from the very beginning, what kind of criminal game they are playing, they keep on eavesdropping and spying on each other, watching themselves on a screen – but they are just not able to stop this horror, they are so bounded by the family blood ties.

The more discrete and subtle the directing, the more vicious the emotional explosions of the characters are. It’s just like in modern cinema – sound and vision are in high-definition. The cinematic aura is also generated by the live piano. In this case it’s Leszek Możdżer, who builds up the drama of characters’ emotions by interpreting Jacek Grudzien’s beautiful music.

Burgtheater in co-production with TR Warsaw
Premiere in the Burgtheater, Vienna, 17th of November 2007